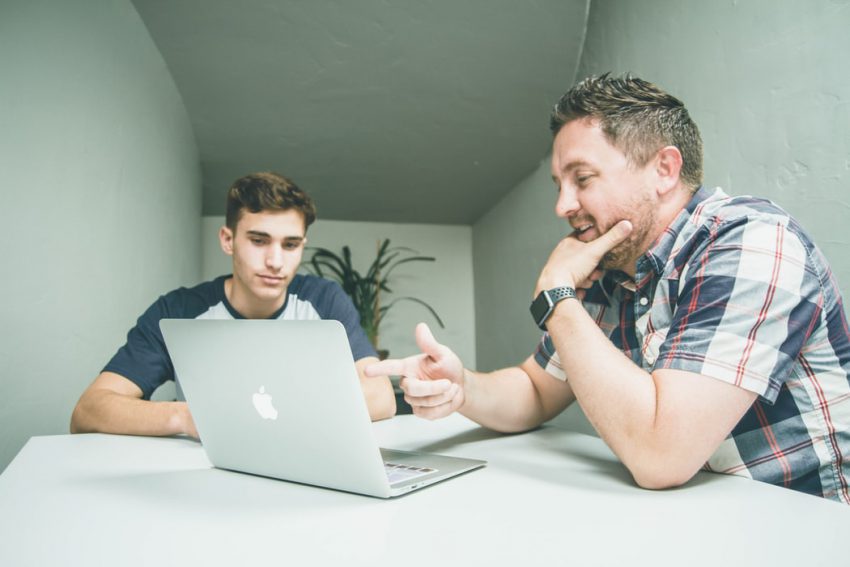 As a middle-schooler, I was full of energy and excitement. You would frequently find me spending time outside playing baseball or tearing around the neighborhood on my bike with my friends. Growing up in a small town with the population of barely five hundred people, gave me a limited scope of what it meant to have fun. I think we all understand that this can be both a good and a bad thing, simultaneously. The summer of 1990 was one that I will never forget. My local church of roughly 150 members had hired an intern for the summer from none other than Friendship church, to bring youth ministry to Grove City.  Jason’s passion for Jesus was so evident and he challenged us with the gospel consistently. I can vividly remember the day that he spoke into my life a phrase that I never forgot. We were driving in his blue Pontiac Grand Am and he looked at me and said, ‘Jeremy you have the potential to be a strong leader. I want to challenge you to consider the influence you could have on your peers.’ Jason had been laboring hard to win our hearts and he used great wisdom in his approach. What Jason understood is that youth want someone who they can trust, as well as someone who sees qualities in them that they don’t see in themselves. As I look back in time, I can see with clarity the strategy Jason had in mind. He not only wanting to pass on confidence to me, he wanted to see me pass that same confidence on to my peers.

Here are some noteworthy stats as we consider the importance of youth mentorship. In an article from ScienceDaily in 2013, statistics tell us that when a young woman is mentored, she is two and a half times more likely to be confident academically. For a young man who is mentored we see them to be three times less likely to suffer peer pressure and anxiety, as well as two times less likely to develop negative behaviors. A mentor relationship nearly doubles the odds that the student will attend college. The same are 46% less likely to use drugs and 27% less likely to use alcohol. Now all these things are great accomplishments, but we know that our desires for our youth go so much deeper than their academic and may we say, even their moral success. If we are not pointing them to a radical commitment to follow Jesus, our mentorship has no eternal value and we are merely calling them to live for today just like worldly wisdom would call them to. This is where biblical mentoring comes in. There are two things that set this kind of mentoring apart from the world’s wisdom. First, it is a mentorship that points youth who may come from a functional family, or a more dysfunctional family, to the Father in heaven, while partnering with the parents as much as possible. Our mentorship should lead the youth into a confidence that goes beyond themselves and even beyond us as the mentor. It is vital that we set clear expectations for the mentoring relationship from the beginning, namely that we want to mentor them into a growing relationship with Jesus, as they grow in a relationship with us the mentor. The apostle Paul describes discipleship as both the sharing of the gospel and his very life with his followers with the tenderness of a mother and the strength of a father. (1 Thessalonians 2:7-12) In another place Paul says, ‘Follow me, as I follow Christ’ 1 Corinthians 11:1. This is a great opportunity for us as the mentor to grow, as we consider how our example can point them to Christ as we follow Him in utter dependence upon God’s grace.

Secondly, our mentorship should foster in our youth a servant hearted perspective toward others. We see another side to the equation in some other words from Paul as he exhorts Timothy to ‘entrust to faithful men who can teach others what he had heard from him’ 2 Timothy 2:2. Paul adds that it will take the ‘discipline of a soldier’2 Timothy 2:3-4, to stay the course. I can remember my football coach in high school saying, ‘When the fourth quarter comes, we will be a team whose gas tank is still half full, when the other team is running out of gas.’ Coach Karlsgodt, who is a godly man and was not ashamed to share Jesus with his team, trained us with a conditioning that gave us endurance, and we were a better team as a direct result, even though our bodies felt the pain. I had the opportunity to thank him for this just last month and he was thrilled to hear from me!

The youth of every generation need a challenge that is so much bigger than themselves. Something that calls them out of their comfort zone and into a deeper motivation that sustains their desire for the challenge. In this hour that we live, no matter where the platform your mentoring relationship is based, whether professional, or in the church, our ultimate obligation as a believer is to be a witness of the gospel and the Holy Spirit will strengthen you for the task. It may look different in each setting, but what is clear is that the impact you have is eternal! It took eight years for the seeds planted by Jason to sprout in me, but I was able to call him and thank him. My word of encouragement to you as a mentor is,  ‘don’t lose heart; you are making an impact’! If you are not mentoring a youth at this time, I invite you to pray about how you may get involved with the youth ministry in the Flood or the River. We would love to have you join the team!

Jeremy Johnson is the Middle School Pastor at Friendship Church. Jeremy grew up in west central Minnesota and is currently enrolled at Trinity Seminary where he is working toward his Master's of Theology with an emphasis in languages. He has served in professional and lay ministry in various states and settings for twenty two years. Jeremy is married to his best friend Jessica, and together their days are filled with ministry, homeschooling, books, coffee, nature hikes and lots of laughter alongside their six children.