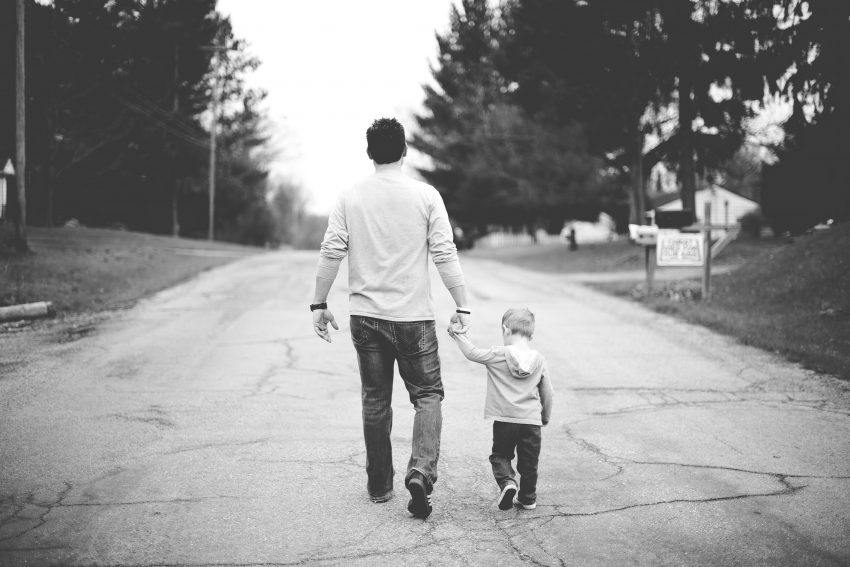 Many men see fatherhood through a personal, narrow lens of their own life experience. What they see is often distorted based on that experience. How many times have we heard someone say, “I won’t ever parent the way my father did.” I said that a few times. Or, “I parent the way I do because that’s the way my dad did it.”

The first time of holding your child as a newborn can be overwhelming. In that very moment comes the realization that nothing will ever be quite the same again. Cradling that new life in your arms foretells a lifetime of responsibility ahead. And in that lifetime, an unknown myriad of emotional twists and turns, worries, fears, victories, defeats and sometime, losses.

Time and circumstance each have a way of bringing out the best or the worst in the way men fulfill their roles as fathers. During the career-building years amidst the pressure to achieve and provide well, there are conflicting forces in play. Children need their fathers during the years where roles and values are being learned, yet quite often, children compete for time with dad. And sadly, few men are well prepared to create the healthy balance needed for the most important role they will ever have.

History gives us a litany of “sins of the fathers” and the generational consequences it brings. It’s in the Old Testament books of Exodus, Numbers, Deuteronomy Jeremiah, as well as in writings by Euripides, Shakespeare and Horace. Ah, Lord God! It is you who have made the heavens and the earth by your great power and by your outstretched arm! Nothing is too hard for you. You show steadfast love to thousands, but you repay the guilt of fathers to their children after them, O great and mighty God, whose name is the Lord of hosts – Jeremiah 32:17-18.

Yet as we approach Father’s Day once again, there is so much hope. Hope that we will submit and take from the example of our Father and Creator – the perfect Father like we all wish we had in our Earthly father. There is hope that generational patterns of sin could be stopped by the simple truth of the Gospel. Father’s Day can be a time of great joy, of renewal and of reconciliation and repentance. Particularly at this time of cultural divide and conflict, there can be great comfort in taking steps that represent the sacrificing of pride in wounded relationships between fathers and children and fathers and wives. Our Father in Heaven provides that comfort.

My teenage years were filled with a kind of low-level resentment of my father. During the hours he was home and wasn’t working our home was full of restraint. Dad was tired and tense, so nobody wanted to upset him. Drama was never on display in our home. He was long on criticism and short on encouragement. On only two occasions in all the time I knew him did I hear words of genuine affirmation or encouragement come from his mouth. Yet on those two occasions, his words were profoundly impactful. So, over the years, my resentment evolved toward respect and, in fact, compassion. I had come to understand that he was ill-equipped to say those words often or to say them well.

I believe that, like my Heavenly Father, he loved me and knew what was good for me. Out of my sight, he wept when I wept. He disciplined me when I needed it. He protected me and provided for my needs. In my 20s, I put up with him, but into his 60s, 70s and 80s, my dad had become my hero. If you have the opportunity this year at Father’s Day, don’t miss any part of all that special day can be for both you and your father.

Tom de Petra has served as the Executive Director at Friendship Church since 2017 and has previously served as the Trustee Board Chair. Tom has more than 25 years experience as an entrepreneur and business advisor across several manufacturing and service industries. For about a dozen years, Tom operated his own consulting firm specializing in turnaround management of companies experiencing financial distress or facing periods of challenging leadership or ownership transition. He was educated at Loyola University, with a dual major in Business and Political Science. Tom and his wife, Shirley have been active members of Friendship Church since 2006 and have served in missions.