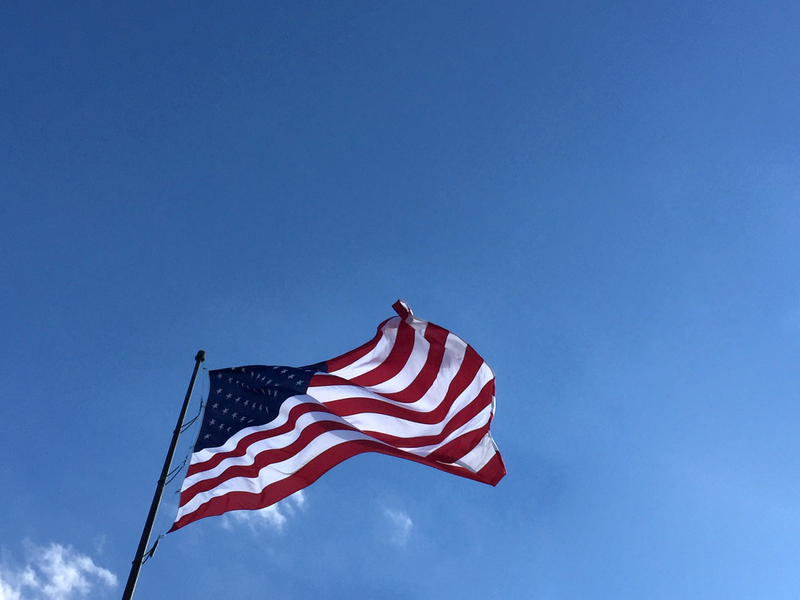 I worked for a missions organization in Boston during the summer of 2011. I was a part of a five person staff that led week-long inner-city mission trips for youth groups across the nation. It was a great experience, but I struggled with the freedom to do what I wanted on our days off. As a group we spent countless hours together day and night. We only had one vehicle, and if I wanted any time away and needed the car, it had to be planned. I had to learn to adjust and sacrifice some personal freedom.

Freedom is often thought about more during this time of year. It’s understandable with Memorial Day in the rearview mirror and Independence Day coming up this weekend. These are two days where we take the opportunity to be thankful for our freedom. We’re thankful to those who helped our nation gain its independence and we’re continually thankful to those who have served our country, serving and sacrificing each day for the freedoms we are afforded.

But, right now especially, freedom has been a topic of thought and discussion more than it has been in years past. To me, freedom means a lot more now than it did when 2020 began.

For those of us in the United States, we have a great deal of freedom. It is my hope that the experience COVID-19 has brought us through has given us a new perspective of what freedom really means. Let’s think about the last few months for a minute. Stores have been closed, travel has been limited, our jobs have changed or have been lost, church fellowship has been greatly limited, toilet paper and food items have been nowhere to be seen or severely limited, and the list can go on. These changes have been hindrances to the freedoms that we are used to having. It doesn’t have to be a right or wrong thing, it’s merely fact that life has been different and has probably felt less free. But, we must also admit that we’ve been better off by far compared to several countries around the world, who even without COVID-19, have never experienced the freedoms we do each day.

The level of freedom we have in America is unique, not common. And likewise, American Christians have a unique vantage point on freedom, not common. So, I have to ask myself. What is the purpose of clinging to the freedom we have in the United States? I like freedom as much as the next freedom-loving person and I’m thankful that I have the opportunity to live with freedom. But, while we’re spending so much time thinking about and talking about freedom, let’s pause and consider what I believe is the deeper underlying issue.

We’re chasing the world. Myself included.

In Luke 23, Jesus is mocked and questioned, “if you are the King of the Jews, save yourself!” Jesus, fully God and fully man, could have walked away from the cross saying “I want, I need, I deserve, it’s my right,” but He didn’t. He stayed the course. He carried the cross. His body was marred. He died our death. Why?

So that we would have freedom in Christ.

Freedom from our sins.

Freedom from our shame.

Freedom to enter the Kingdom of Heaven.

“For you were called to freedom, brothers. Only do not use your freedom as an opportunity for the flesh, but through love serve one another.”

The freedom we have in Christ is so much better than the worldly freedom we’re all talking about. I want to encourage you to “pursue righteousness, godliness, faith, love, steadfastness, and gentleness” and to set your hopes on God (1 Timothy 6). Let’s remember to thank God for the freedoms we have, while encouraging our brothers and sisters in Christ, and while speaking and living out the Gospel for those around us who do not yet know Him. Take a moment and think about which freedom is most important to you. I’ll be honest… it’s easy for my worldly freedom to take root each day, but that is a life of this world and far less rewarding than living each day with my freedom in Christ. The world and worldly freedoms will end, but freedom in Christ will not. True freedom is in knowing Him. That is freedom worth living for.

Joel Farber is the Worship Pastor at Friendship Church. He grew up in Minnesota and moved to the Prior Lake area in 2013 to work for Friendship Church as a Worship Associate. Joel and his family love Friendship Church. Other than his love for Jesus, Joel will first describe himself as a husband and father. He met his wife, Hannah, during a Wednesday night service at the Prior Lake campus in 2014 and the rest is history. They have two girls named Zoey and Ava.