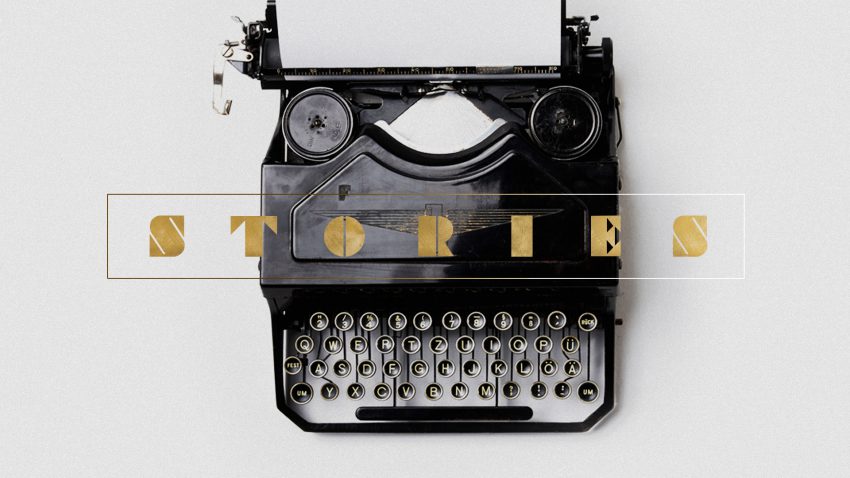 Recently, I was taken back by a question: “What is my faith story?” That is a difficult story to tell. The reason it is difficult to tell is because one must ask questions to answer the question. These questions are:

WHAT IS A “FAITH STORY”:

A faith story is generally understood to be the story of one’s salvation in Christ. It is the “how I became a Christian” story. This is often outlined by stating: What my life was like before Christ; how I realized I needed a savior; how Jesus became my savior; my life since becoming a Christian. I have found this outline helpful in sharing my faith story. However, I’ve also found it to be insufficient.

Perhaps it is insufficient because we no longer live in a time where our story is relatable to the masses. At least it does not seem relatable. Many people will hear my faith story and say, “That’s great… for you!” The idea is that this truth is not for everyone. It may be true for me that I need a savior but not true for them that they need a savior. Therefore, I’ve been reconsidering my faith story. And this leads to the next question. “Who is involved in our faith story?”

WHO IS INVOLVED IN OUR FAITH STORY:

In the past, I have been very comfortable with keeping my story about me. I didn’t want to offend anyone. That didn’t work so I began to end my story with, “Do you remember a time in your life that you called on Jesus as your Savior?” This question has worked at times. However, I’m finding that people often feel put on the spot. They grow cold at the question. Why? Perhaps because they have not connected with the story. However, why should they connect? After all, we are all individuals with different lives and goals. Why should anyone connect with a Hoosier who chose to accept Jesus as his Savior? The truth is that it is not a matter of if they connect with my story but rather a reality that we are connected. Hear me out…

We are connected already! If Romans 12:5 and 1 Corinthians 10:17 are true then those who are in Christ are one body. Also, if we all fell because of Adam (Romans 5) then we are not just connected via Christ, but we are connected because we are human (Romans 3). Therefore, my faith story is not just MY FAITH STORY! My faith story is wrapped up in Adam, Abraham, Isaac, Israel, Peter and the disciples but also the sea of humanity that has existed, currently exists and those who will exist. This faith story does not start with me because it is connected to everyone as secondary players in a drama that focuses on Christ as the star of the show. My faith story is an element to a larger narrative.

If that is true, then when does our faith story start?

WHEN DOES OUR FAITH STORY START:

When does our faith story start? “In the beginning…” Our faith story begins with God. He was in the beginning and started our faith story. It is God that we should begin with talking about. Why? Because God is the one who can help us. He exists outside of our interconnectedness. He is the one who could come in the flesh and live a perfect life. None of us have been able to do that. When we discover the amazing truth of that reality then we are far more open to the message of faith that God has called us. Will we respond and how will we respond is directly associated with who God is and how we understand Him.

If one thinks of God as the old man in the sky who is aloof in his dealings with mankind and when He interacts with mankind it is only to crash our good times, then there is not much motivation to follow Him, no matter how good our faith story is.

Our faith story begins with an awesome God who created us in His image. Because of sin, that image is mired and muddy. That image is, at best, the reflection of a mirror that one may find in a carnival. The kind that causes one to look different than one really appears. Because that is true, people have misunderstood God. They wrote about God and misnamed Him. They worshipped God and missed the point. Instead of cleaning up the image bearer they only soiled His image more. That’s when God spoke to the prophets to help them understand. Nearly 2500 prophecies (future events) were given. Of those 2500 prophecies 2000 have been fulfilled[1]. The nearly 500 prophecies that are not fulfilled are not broken prophecies but rather future prophecies. However, God went beyond the written word and came in the flesh. He dwelt among us! This God does not require sacrifices be given to Him. He became the sacrifice for us when He gave Himself to crucifixion. Yet Jesus showed that He is God by raising from the dead and giving us His Holy Spirit for all who call on Him. By calling on Him the image of God is restored. As we walk in faith, we see more clearly the reflection of this awesome God!

Has your image been restored? Have you called on Jesus as your savior? Join this active, redemptive, amazing, united body that spans time, space and culture and calls us to restored unity with God! What is your faith story?

[1]This number is considered by a miracle by statisticians according to Dr. Robin Roberts (retired, formerly of UNLV). Dr. Roberts confirmed that any given prophecy has a 1 in 10 chance of becoming true but for 2000 prophecies to become true exactly then it would be 1 in 10 to the 2000th power. That is a statistical miracle.

Kenny White is a hot mess! He is amazed that God loves Him and basks in the fact that “God saved a wretch like me!” Kenny accepted the LORD as His savior just prior to turning 18 and has been swept away in the current of following Jesus (and he doesn’t plan on returning). Kenny married his college sweetheart, Cindy! They have 7 kids and love spending time together. You may find Kenny on one of His 30 Day Challenges (they range from studying a new language to learning a few chords on a guitar to eating a specific diet to using his non-dominant hand for everyday activities) or on a prayer walk. Though Kenny doesn’t take himself seriously, he loves Jesus and wants to make Him known!