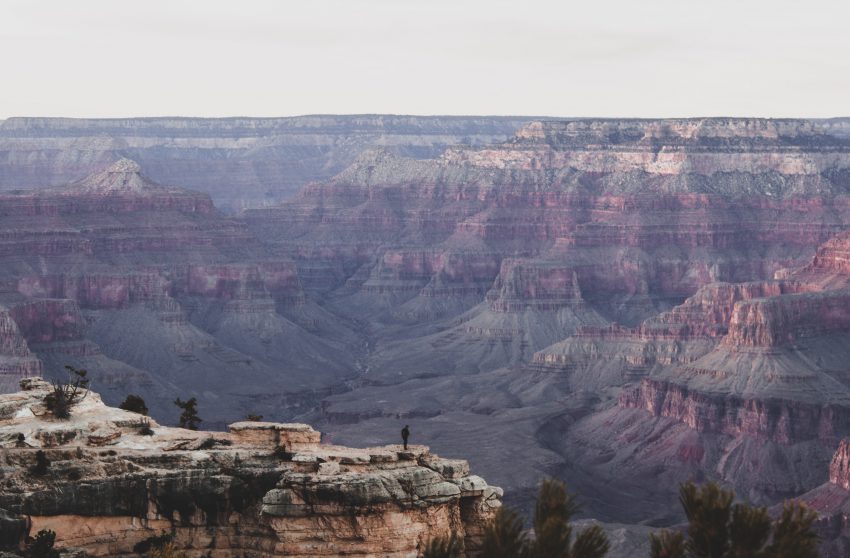 It was something we decided on a whim, we were bachelors after all, and I was an intern here at Friendship Church. I lived with a family that hosted me during my internship and my friend Spencer lived across the street. He worked for Northwest Airlines and we were going to catch a red-eye flight to Las Vegas, rent a car and drive to Utah and Arizona to sightsee in the land of canyons. The adventures included driving on a gravel, minimum maintenance desert road upon exiting Bryce Canyon, with very little gas in the car and two water bottles to our name. Of course, we realized this when we were too far down the road to turn around, not to mention we had no modern technology of a GPS to guide us. We made it safely to Arizona, but my lunch did not. Let’s just say Taco Bell gave me food poisoning and we drove with the car window open for the next few hours.

It was the month of April, so when we arrived at the high elevation of the Grand Canyon, there was snow on the ground. The beautiful colors of brown, orange, and purple spread across the face of the rock canyon walls and were gorgeous in displaying a ray of God’s glory in His handiwork of creation.

Fast forward two years. I was at my little sister’s church in Sioux Falls, South Dakota, and I heard an Advent message about John 1:14, “And the Word became flesh and dwelt among us, and we have seen His glory, glory as of the only Son from the Father, full of grace and truth.” The pastor made this statement regarding the great wonder of God taking on human form in Jesus, “The concept of the incarnation of Jesus is like standing at the edge of the Grand Canyon. There are only two responses that come from the experience. One is to see a big hole in the ground and walk away unchanged. The second is to revel in its beauty and let it transform you for the rest of your life.” This message was etched in my mind and still deeply stirs my affection for Jesus twenty years later.

As we walk through another season of Advent, we have an opportunity to reflect on the incomparable event of Jesus becoming a Man. As we think on the lowliness of His birth, the animal trough He lay in, the humble servants that Mary and Joseph were, the death threat from King Herod that raged through the land, the angels coming to the dirty, sweaty shepherds in the fields with the message of the ages, and freedom from the slavery of sin through Jesus, my prayer is that it transforms our lives.

One of my favorite Christmas hymns captures just what the timing of Jesus meant. In “Hark the Herald Angels Sing” a line says, “Late in time, behold Him come.”  In modern day we would say “Just in the nick of time.” At a very dark time in history, as Herod was killing the sons of Israel age two years and under, Rome was ruling over Israel, and God had not been speaking through His prophets for 400 years, Jesus, the Light of the world, shined forth with the answer. This sounds like something that can help our perspective in 2020, as we look to God through these dark days. Imagine with me the glorious experience it must have been for the apostle who said, “We proclaim to you the One who existed from the beginning, whom we have heard and seen. We saw Him with our own eyes and touched Him with our own hands. He is the Word of life” 1 John 1:1. Can you imagine what it was like to touch Him?

As we close out the season of Advent this year, He is near to us and knows the reach of our heart. May we look longingly and expectantly by faith into the face of Jesus, asking Him to transform us into His image. “For God, who said, ‘Let there be light in the darkness’ has made His light shine in our hearts so we could know the glory of God that is seen in the face of Jesus Christ” 2 Corinthians 4:6.

I wanted to point out a few resources that have proved very helpful for my family to experience Advent over the years. First, for the preschooler age, we have used a book called When will it be Christmas? written by a family friend, Carol Garborg. It contains 25 stories and family activities for Advent.  Secondly, I want to recommend a storybook that views Advent from a Jewish cultural perspective called Jotham’s Journey by Arnold Ytreeide.

Finally, for adults and teenagers I highly recommend a video series from a good friend of my family, Josh Hawkins. This can be found at joshuahawkins.com/advent.  This series connects both the first and second Advents with Scripture readings and a ten-minute video that goes with the reading.

May the light from His face shine upon us this Advent season, as we long for the day that we can see Him at the second Advent, face to face in glory!

Jeremy Johnson is the Middle School Pastor at Friendship Church. Jeremy grew up in west central Minnesota. He has his Master's of Theology with an emphasis in languages from Trinity Seminary. He has served in professional and lay ministry in various states and settings for twenty two years. Jeremy is married to his best friend Jessica, and together their days are filled with ministry, homeschooling, books, coffee, nature hikes and lots of laughter alongside their six children.