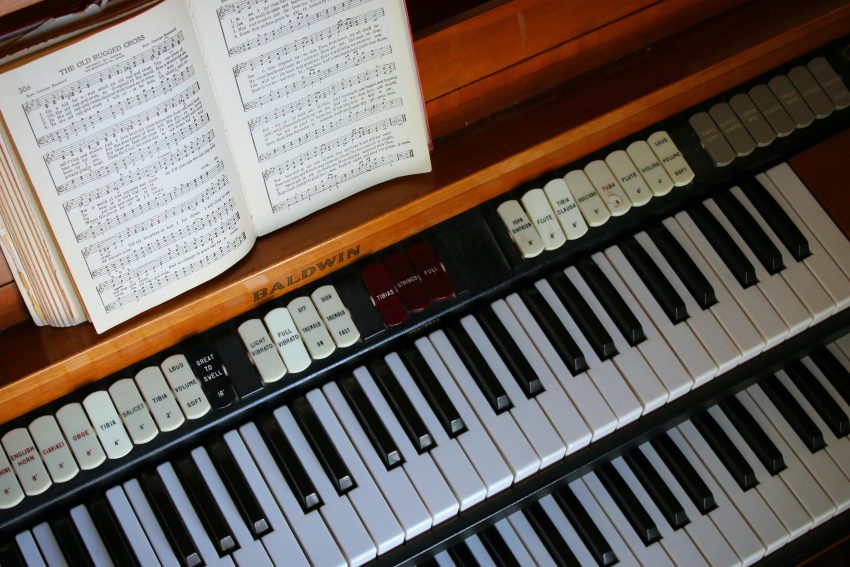 2020 has been a crazy year. What’s that old saying? “Fail to plan and your plan will fail?” Well, if 2020 could rewrite that, we’d all agree it’d be something like, “Sure, go ahead, make your plans, get excited about them, plan on them, but your plan will fail.” SERIOUSLY. If you’re anything like me, it has been so easy to not worry about plans. A lot of people found their Covid-routines. It’s not like everyone loves it, but it has been what it has been.

I recently shared a blog here called Input Equals Output. Basically, to sum it up, the music you listen to impacts you in ways you don’t always see. The same impact enters into our choice of music we use to worship Jesus. My encouragement was, and is, that we seek out worship music that is sound in doctrine and is God-focused. I briefly picked at a hot topic among churches and believers these days debating the superiority of hymns versus contemporary songs in worship music. The interesting thing is that both styles of music are valuable and offer worship to God. In fact, within the sounds of modern music, hymns have been easily disguised by fresh instrumentation. So, why do some people spend so much time arguing about it? Unfortunately, it’s easy to let our preferences for worship music hinder our worship. It doesn’t even have to be music related either. The basic point is; why is it okay to let our preferences interfere with our ability to just worship God in anything?

This got me thinking a bit about the rotation of songs we have going at Friendship Church. It’s safe to say that we have a large repertoire of contemporary music. This is perfectly normal and there isn’t really anything wrong with that. But, there’s a large chunk of worship music we’re missing out on and I think it’s time we increase the number of hymns we have in our song rotation.

Throughout 2021, we will spend 12 months learning 12 hymns. Some hymns will be from ancient times. Some will be from the last 10-20 years. Some hymns have a neat history that we’ll learn about. Some have old words we don’t really use today and we’ll learn what they mean. I find that having an intellectual understanding of a song can enhance our worship to God as we connect our hearts and minds. Some are newer and will just be good additions to the songs we sing. So, what makes a hymn a hymn, and other songs we sing in church not a hymn? Are there reasons why we’ll sing a specific hymn? Will all of these hymns be boring? What’s to gain by focusing on singing hymns; aren’t our current songs good enough? Check out the Question and Answer portion below for some cool insights to these questions and more.

It won’t be boring. We’re worshiping our Heavenly Father after all, aren’t we?

Listen to the Friendship Church Hymn Project playlist on Spotify.

What makes a hymn a hymn, and other songs we sing in church not a hymn?

Hymns can be arranged in several ways but are often comprised of verses only. Some include verses and choruses. Lyrically and melodically, verses are sung the same from verse to verse with an occasional variation. Often times, hymns are written with a certain number of syllables per line. This is called the meter. For example, in It Is Well With My Soul, the meter is 11.8.11.9, which means in each verse the first line has 11 syllables, the second has 8, the third has 11, and the fourth has 9. This is repeated throughout the song. Because of the emphasis on these items when hymn writing, it is easier for people to catch on to these types of songs.

Are there reasons why we’ll sing a specific hymn?

Yes. Some hymns are written for a certain period of time and so we’ll try to introduce it around that time of the year in 2021. For example, Holy, Holy, Holy was written for use around Trinity Sunday, which is the first Sunday after Pentecost, so we’ll aim to learn more about this hymn within that time frame. Other than that, some hymns are just good to sing.

Will all of these hymns be boring?

NO! As mentioned above, our goal in worship, whether it’s music, teaching, reading, working, or in community is to worship God. My hope is that all will come and worship Christ for who He is because He deserves it.

Isn’t it amazing that there are songs that still exist that were written hundreds of years ago? There’s a reason that hymns have passed down from generation to generation. Many hymns were written around certain theological understandings, which makes them especially powerful in helping us to remember and understand these doctrines and how they apply to our life. You know how it’s easier to remember things when they’re put to song? Current songs have the same power, but we have to be careful when selecting them. Which is true for hymns too. The Christian Contemporary Music Movement was born in the 1960s and was a drastic shift in worship music from the traditional hymns the church had been singing for years. One issue that came with CCM, though, was a drop-off in teaching theology through music. This isn’t to say that it doesn’t exist in contemporary music. This also doesn’t mean that there weren’t errant teachings in songs and hymns prior to CCM. A part of why these movements and CCM came about, was in an effort to break away from the way church was being done and to reach different people groups. CCM artists may have been more concerned about the new styles of their songs and their poetic phrasing than sound doctrine. All said, we will still sing Contemporary Christian Music!

What is a burning bush moment and how does it relate to hymns?

I recently learned about burning bush moments. It’s an interesting term for a simple concept. Like when God met Moses in the form of a burning bush, one would probably guess that moment for Moses was incredible and hard to forget.

God may not be appearing as a burning bush these days, but He is certainly revealing Himself to people in incredible ways that are hard to forget. Music is one way that God reveals Himself to us. Have you ever experienced a moment of worshiping the Lord that was so powerful, and whenever you hear that song thereafter, that moment comes afresh on you? That’s a burning bush moment. Some songs have ministered to people’s hearts that God used to call them to repentance and salvation. Those songs are burning bush moments. In bringing out some of these hymns this year, there are no doubt people of all ages within our congregation that will be ministered to by a hymn that was a burning bush moment for them.

Joel Farber is the Worship Pastor at Friendship Church. He grew up in Minnesota and moved to the Prior Lake area in 2013 to work for Friendship Church as a Worship Associate. Joel and his family love Friendship Church. Other than his love for Jesus, Joel will first describe himself as a husband and father. He met his wife, Hannah, during a Wednesday night service at the Prior Lake campus in 2014 and the rest is history. They have two girls named Zoey and Ava.