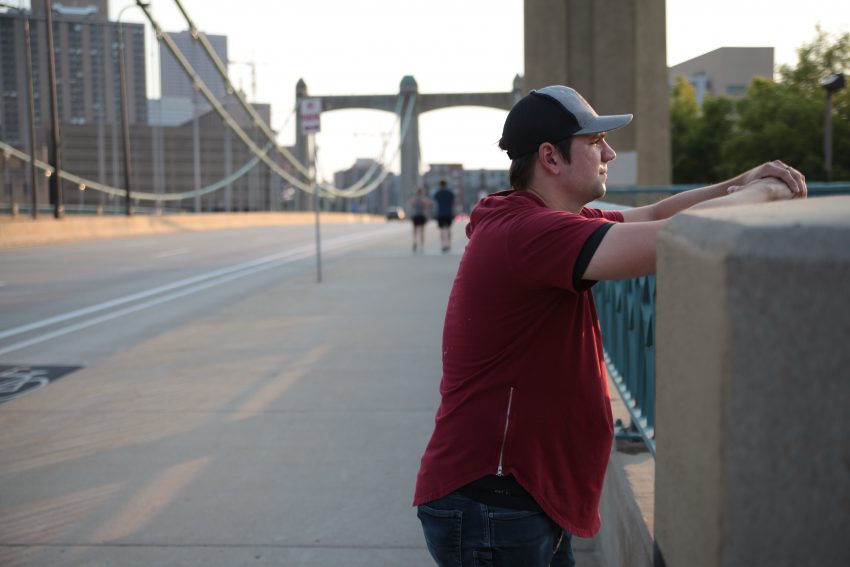 I spent a lot of time reflecting on where I was at, both in my walk with the Lord and in the everyday ebb and flow of life, before taking my current position at Friendship Church. I call my pondering of the past a reflection, but often-times it’s more of a grimace; a particular cringe worthy grievance I have with myself for how long it took me to seek counsel from God and others in terms of where I was supposed to go and the type of work I should have aimed to be doing next. It was in me to ask for wisdom and guidance in how to move towards a vocation that was more in line with my field and the direction I felt God was nudging me, but for a long time I struggled with hesitation and questioned whether or not I’d make the right move when faced with such a large decision.

Prior to taking my role at Friendship, I had gone to school for audio engineering where I learned a large chunk of my knowledge in audio/visual technology, but after graduating and successfully obtaining an Associate Degree in audio engineering and production, I was too fearful and a little apprehensive at putting myself out there and pursuing a job in the technical field. For a few years I found myself job-hopping and bouncing around between different fields not related to my degree. I had however, kept my skills sharp by getting plugged into a Church in downtown Minneapolis called Hope Community Church, where I worked closely with their technical director as a volunteer, and continued my education with hands-on experience in the audio/visual production team at Hope. Even though I had failed to land a full-time position in the audio/technical world immediately after graduation, it is amazing to look back on that time period and see all the ways God still had a plan, and despite the frustration I have with myself for having bounced around as much as I did, God was still pulling the strings and leading me in the right direction.

It was a matter of faith. When I look back on the highs and lows, and see the hesitation that plagued my mind, I can begin to feel a looming sense of shame for what felt like a missed opportunity to grow in faith. In 1 John 3:1-3 the author writes, “See what kind of love the Father has given to us, that we should be called children of God; and so we are. Beloved, we are God’s children now, and what we will be has not yet appeared; but we know that when He appears we shall be like Him, because we shall see Him as He is. And everyone who thus hopes in Him purifies himself as He is pure.” What a remarkable hope we have in Christ! A hope that is so much greater than accepting the right job offer. It’s not to say that a great job offer is not valuable or in some way wrong, but to worry about making the wrong decision over something as temporary as a new vocational position, is to lose sight of what it means to be a child of God, and experience a type of love that says, “Go my child! What you will be has not yet appeared, and when it does all else will pale in comparison. In the meantime, I am with you.” I want that freedom. To look a large decision in the face and recognize it for what it is: minuscule. Minuscule to an infinitely large God who calls us His children. Thankfully, where faith is lacking, grace abounds, and despite my fear, God still held the reigns and led me down a path I could have never found on my own.

In September of 2019, I reached out to the career services department at my alma mater and told them I was hoping to find full-time work in my prospective field. They helped. They sent my resume to Friendship Church that same day, and two hours later I received a call from Mark Alewine; Friendship’s worship leader/pastor at that time, who asked me if I was interested in interviewing for the Technical Director position at Friendship. A month later I was given the opportunity to join staff at Friendship Church and try my hand at all things technical; to finally put my educational background to good use, and more importantly, experience the hand of God and marvel at what He is capable of doing for His children.

Now, just over one year later, my current role at Friendship Church has been, and will continue to be an amazing blessing. Vocationally, I now work as a full-time audio technician, but what many people have not always known about me is my long-standing love and passion for poetry. My love for writing poetry began at a very young age and throughout the years I have been consistently writing in the background. During my years at Hope Community Church, it was brought to the attention of the staff that I had an interest in spoken word poetry; something the church had been hoping to introduce and incorporate into their worship. On Easter Sunday in 2019, Hope had me perform a piece of spoken word poetry that encapsulated my testimony and fit well into the message they preached that Sunday. The experience was very life-giving and well received by the congregation. The feedback I received that day was very moving and allowed me to begin sharing my passion for writing with others.

During my interview for the Technical Director position at Friendship I was asked about my technical experience in worship and arts, as well as any experience I may have had performing in a worship environment. I was excited and humbled to say that I did indeed have experience in both the technical and performance components of worship, and that my experience with performing was related to a personal interest in spoken word poetry; that I had performed and worked with other performers in my previous role. The offer for the Technical Director position at Friendship came through, and after accepting the position my first day as a staff member at Friendship was on October 22, 2019. The first few months at Friendship involved learning the ropes and getting accustomed to how Friendship does ministry. The majority of my time spent throughout those early months was learning the technical side of Friendship and getting acquainted with the audio/visual elements of a service/day-to-day operations and familiarizing myself with Friendship’s production team and equipment.

As the months progressed, other staff members and my immediate colleagues became aware of my interest in spoken word poetry and we began discussing the possibility of incorporating a spoken word poem into a future sermon series at Friendship. In August 2020, Matt Clausen and several other staff members on the creative team began putting together a sermon series entitled, “Speak Life.” When the heart behind this series was expressed to me, and the message Friendship wanted to convey was laid out, the words struck me in a way that kept the meaning and message continuously rotating in my mind: “Speak Life.” On the day I sat down to try and capture the heart behind the series and present it in a poetic way, I heard the words and began to repeatedly say them aloud to myself, “Speak Life.” I said them once, “Speak Life,” then again, “Speak Life.” and on the third time, I saw that every letter in the phrase had the potential to convey and capture the specific parts of what the series would try to express as a whole: “Some People Encourage And Keep Living In Faith Earnestly.” The idea for the piece was born and I could feel the Holy Spirit beginning to stir up the rest. From there it was a matter of prayer and asking that the Lord would use what we create as a team to impact the hearts and minds of others and remind us of what it means to Speak Life.

Some People Encourage And Keep Living In Faith Earnestly.

Sometimes it still feels hard to not tear down.

Words, they say mean nothing, only actions carry weight;

They told me God… was only for the superstitious, that this faith—

we claim to carry is just blind.

sticks and stones might break my bones but words can always hurt me.

Looking out across our nation- it’s a mess we’re living in,

I see friends pinned against each other, picking sides, neither one with a solution that to me makes any sense.

Some people encourage and keep living in faith earnestly.

But how do we get there?

that question keeps me up at night

I lay there in my spinning hoping I might find the answer, I never do before it’s light,

Cause that’s just me,

in his word I hear his voice…

it whispers to me:

with lots of doubters all around me, is there hope left here to spare?

People groan and grumble daily, there’s a hatred in the air.

It feels awfully quick and easy to just stumble, and let another brother take the fall,

It’s more simple telling others, “he’s a sinner; aren’t we all?”

Why do words come so easy when they’re filled with anger in our angst?

The Lord was quick to come and aid me as he mentioned, “take a look inside my word, read what was written by my servant James.”

“So also, the tongue is but a small member, and yet it boasts of such great things.”

We mumble curses at each other, then within the same breath we’ll turn and lift a song of praise

Who among us brothers, has the strength to tame this beast?

Let him be wise in understanding, let the mouth of God replace our restless speech and…

If the work of Christ is still alive,

our words will serve us as a mirror for our hearts;

Reflecting what we cherish,

either hiding or revealing who others think we aren’t,

Some people encourage and keep living in faith earnestly.

But we don’t see it much these days-

which begs the question:

What would it take to be humble? To not indulge this worldly pride?

Well that question haunts me daily, and for years I tried to find the answer on my own, But that’s just me,

trusting far too much in myself.

in His word I heard His voice…

it whispered to me:

Mike Kelly is the full-time technical director for Friendship Church. Prior to accepting his role at Friendship he worked as a part-time audio technician at Hope Community Church, in downtown Minneapolis. Mike graduated from the Institute of Production & Recording (IPR) in 2015, with an associate’s degree in audio engineering and production. When he is not behind a sound board working with different artists on a technical front, he spends time writing and performing spoken word poetry for live audiences as well as creating content for his YouTube channel (A Poem By Mike K.) where he posts different videos/recordings of his poems.