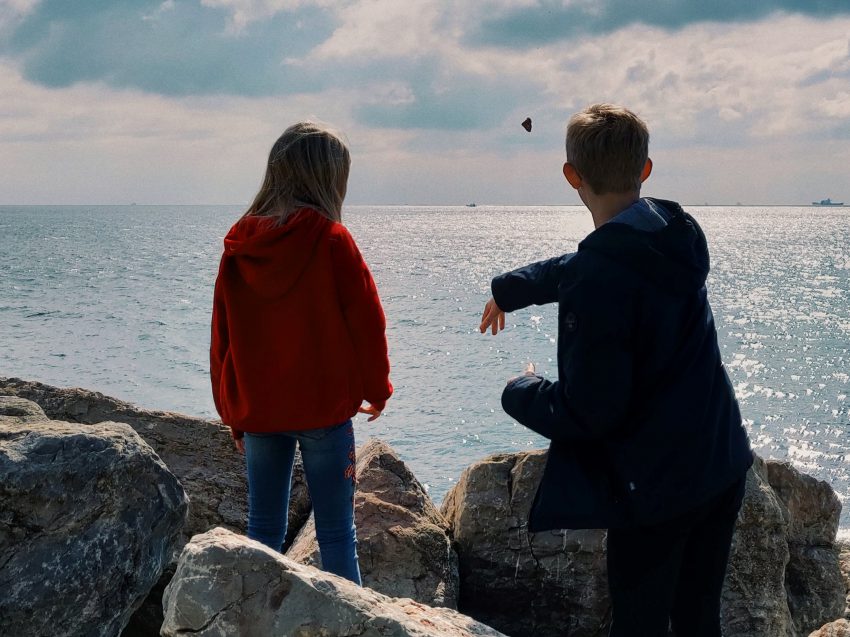 I’m always amazed by how my husband, with a flick of his wrist, can send a line out over the lake in a perfect arch glinting in the sun like a spider’s thread. Then, just as quickly as the line hits the water, he’s drawing it back. He reels at a slow yet consistent pace, waiting for the faint ‘hit’ of a Northern on his bait. It’s even more mind blowing to watch a fly fisherman. Knee deep in the water, they seem to charm their line until it comes alive, dancing above the water in just the right rhythm. It’s almost beautiful.

In both scenarios, the person fishing hopes to cast their line out and draw it back again, this time with a fish on the hook. The cast is important, but so is setting the hook, and reeling in the catch.

I bet by now you’re wondering where I’m going with this. Fishing is the analogy Jesus used to talk of evangelism. It was the livelihood for several of His friends, often the means by which they had food to eat and even how He paid His tax one time. Yet, Peter calls us to humble ourselves “casting your anxieties on Him, because He cares for you (1 Peter 5:7).” For once, I don’t think we should imagine fishing.

Years back, I believe God gave me a picture for this kind of casting. It was a heavily wooded lake with a little access point, a place where the long grasses parted. In the shallows, I could see the stones shimmering silver and brown-gold under the water’s surface, but further out, they disappeared into the lake’s green depths.

In my hand, I held a stone. I knew if I threw it hard enough, far enough, the stone would sink into the water, and I would not see it again.

I believe God told me that day, casting our cares on Him is not at all like casting a fishing line and reeling it back in. He showed me casting my cares on Him is more like skipping a stone into a lake, letting it sink, and leaving it behind.

It takes a little imagination, but picture yourself walking around with heavy, sometimes previously thrown stones weighing you down, muck up to your knees from digging them back out, wet to the bone. Now imagine yourself walking around dry, lighter, freer, almost bouncing without because you’ve emptied your pockets and shed your burden. Picture the stone of your worry or sorrow sinking into the lake’s deep belly and never holding it again.

When I pray over my cares, fears, anxieties, I try to go back to this little access point in my mind. I throw my stone, and I believe it shifts something in me ever so slightly. The instinct is to reel that care back in, hold that heavy stone in my pocket— honestly, it’s strong— but not nearly as strong as God’s power to carry it for me. Because He cares for me.

“…casting your anxieties on Him, because He cares for you.” 1 Peter 5:7

Megan Ruesink writes both creatively and professionally. Her writing is inspired by life with rambunctious toddlers, her faith in Jesus, and the many sources of wisdom found in everyday living. You can find out more about her creative ramblings at suzieruewrites.com.