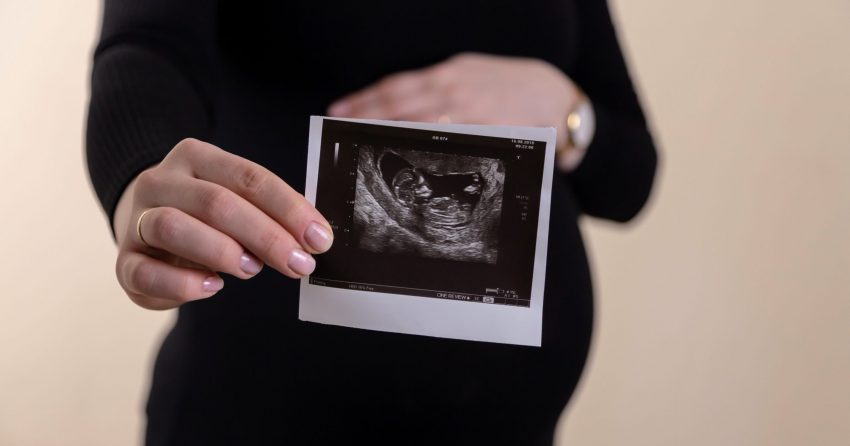 Both of us were born in 1973, the year of the Roe v. Wade ruling. We were among the first children born during this 50-year period when abortion on demand was the legal position of our country. Our hearts break at the fact that over 63 million abortions have taken place in the United States during these five decades. With the recent court ruling overruling Roe v. Wade, we want to take a few minutes and share the Bible’s teaching on this issue in hopes that it helps bring greater understanding to why followers of Jesus feel strongly about this issue and work to end abortion. As followers of Jesus, we are not called to view this issue or any issue primarily through the lens of personal convenience, family tradition, or political preference, but we are to view it through the lens of the teaching of God in the Scripture.

The Bible teaches that God has ordained life

“In the beginning, God created…” is the first thing that we learn about God in the entire Bible. He is creative in a literal way! He created something out of nothing and then he brought life from non-life. There is no other explanation for life arising from non-life than the direct intervention of our creative God. Life is His idea, as the creator of all life, He has Maker’s rights over all that lives. He has full authority over His creation.

Genesis 1:26 states, “Then God said, ‘Let us make man in our image, after our likeness…’” Additionally, in Genesis 1:27, we find that God created us in His image, male and female. Humankind uniquely represents the image of God. After referring to His creation as “good” on every other day of creation, God refers to the creation as “very good” on the day that human beings are made. Though we are broken from the fall, people of all ages have inherent value because we are created in God’s image! Because human life is made in the image of God, God specifically instructs human beings never to take the life of an innocent human being because it bears his valuable image (Genesis 9:6).

Instead of taking innocent life, image-bearers are designed and given a command to “be fruitful and multiply.” Within the God ordained institution of marriage, addition to the human race is the stated command and goal, not subtraction. Abortion works in direct contradiction to God’s design for marriage and procreation.

The Bible teaches that the intentional killing of an innocent human being is murder.

Those who stand opposed to abortion are often referred to as “pro-life.” One doesn’t need to live with a person who is pro-life very long to realize that they are not universally pro-life. We swat mosquitoes when they land on our arm, we eat ground beef that has come from a cow, and many of us will defend our families if someone breaks into our house to kill them, even to the point of ending that intruder’s life if necessary.

A more accurate name for the Christian position is anti-murder. The Bible defines murder as the “intentional killing of an innocent human being,” and we believe that abortion meets all the criteria of that definition.

Murder is intentional killing. In the Old Testament, God provided six cities of refuge for those who accidentally killed another person. They could run to those cities to avoid the retribution of the family of the person who had died. If it was determined that the death had happened accidently, then they were not convictable of murder. God wanted people to understand that murder is intentional. Throughout His law, He makes the distinction between accidental deaths and those caused intentionally. In our own justice system, we recognize this difference and if a person is killed accidentally the person who killed them may be charged with manslaughter or with nothing at all, but they won’t be charged with murder. When it comes to abortion, there is no doubt that what takes place is intentional and meets the first criteria.

Murder is killing the innocent. Exodus 22:2 says, “If a thief is found breaking in and is struck so that he dies, there shall be no bloodguilt for him.” Why is the person who kills an attacker in their home not guilty of murder according to God’s law? It’s because the person who is breaking in is not innocent. They are seeking to kill or harm those in the house. Why is it that God calls for capital punishment for certain crimes within Israel? It’s because those people who have committed those crimes are no longer innocent.

Within our own justice system, we recognize these same distinctions – those who are defending their home or person against assailants who intend to kill or harm them are not charged with murder, even if they take the assailant’s life. We recognize that murder involves killing an innocent human being. Clearly the unborn child, that is killed in an abortion, is innocent and meets the criteria for murder.

Murder is the killing of a human being. As one reads about the sacrificial system in the Old Testament one realizes that God’s people were not “pro-life” in a generic sense. Thousands of animals were killed as a part of the sacrifices and meals of the people of Israel. Genesis 9:3-6 make it clear that there is a distinction between the killing of animals for food and the killing of human beings who are made in the image of God. Killing animals is acceptable but we are never to intentionally take the life of an innocent human being because they bear the image of God. Of course, our own judicial system recognizes this distinction as well, and only prosecutes someone for murder for killing a human being.

More importantly, the Bible makes it clear that God sees that unborn baby as a human being. Exodus 21:22-25 says, “When men strive together and hit a pregnant woman, so that her children come out, but there is no harm, the one who hit her shall surely be fined, as the woman’s husband shall impose on him, and he shall pay as the judges determine. But if there is harm, then you shall pay life for life, eye for eye, tooth for tooth, hand for hand, foot for foot, burn for burn, wound for wound, stripe for stripe.” In this passage we see that if someone causes death to the child, they are guilty, and life for a life is expected. Why? Because the fetus is a life that God has ordained and created. The unborn baby is a human being and is protected by God’s laws that govern human beings. Additional principles from Jeremiah 1 and Psalm 139 confirm that God has created human life that is in the mother’s womb.

The early church was in universal agreement that unborn children were human brings and were not to be killed. The Didache is a tool that the early church used that was given to the church by word of mouth from the Apostles and written down as early as the second century. This teaching in it states, “do not murder children through abortion.” (Didache 2:2). The intentional killing of an innocent human being is murder, no matter how old that life is.

What if I have had an abortion?

We know of some who have had abortions. In every case, it is apparent that this has caused a great deal of anguish especially after the realization of the act. Every holiday or anniversary can act as a reminder and be a source of pain.

Here is the reality… we have all sinned! That does not make sin ok, but rather affirms the reality of the situation. Romans 3:23 tells us that “all have sinned…” This sin separates us from God. Each sin is a rebellious act against God and that rebellious act offers a payment. That payment is death (Romans 6:23). That payment of death is, in fact, separation from God.

No matter what the sin is, that sin is not just against others but also against God and requires repentance.

Repentance is found in a changing of the mind. A realization that our mind was wrong and our actions that followed were wrong. They missed the mark. Apart from ultimately blaspheming the Holy Spirit there is no sin that cannot be forgiven. That includes abortion!

God offers forgiveness! Though we may live with real consequences of sin, we also live with the reality of a God who love us and has provided a way of forgiveness through Jesus Christ. We find that in 1 John 1:9, “If we confess our sins, he is faithful and just to forgive us our sins…”

God is faithful even though we have not been faithful. God forgives! As an act of faith, we need to accept that forgiveness, after we repent and confess, to cleanse us from all unrighteousness. Please don’t allow the Accuser to continue to bring up old sin that has been repented from. Please don’t allow the Accuser to keep you in your hurt and pain. God is willing to forgive! Will you confess?

More good news! Are you ready? From the same passage 1 John 1:9, not only does God in His faithfulness forgive us but he also “…cleanse(s) us from all unrighteousness.” Friend, you do not have to remain in the filth of sin. Once forgiven we are cleansed! That is God’s work and He is faithful to do it. Even if it does not “feel” that way, it is true!

Please note that some of God’s greatest instruments for carrying out His work are people who intentionally killed innocent human beings. Moses, David and Paul all did horrible acts and yet all were cleaned by God and greatly used for His purposes. God’s design is to take those who are deep in sin and restore their souls and lives so that they can be greatly used to impact the lives of others.

We rejoice that lives may be saved due to this current ruling by the Supreme Court. Yet we know that without the LORD Jesus Christ, we are doomed to an eternity separated from God. That is a painful reality with which we all must wrestle. As with all things, they are a spiritual matter. Let us surrender all things to Christ and walk together as we love, live and serve like Jesus!

Matt Clausen grew up in St. Cloud and graduated from Yale University, where he earned a degree in history. He received his Master of Divinity and Doctorate of Ministry degrees from Bethel Seminary. For 17 years, Matt served as pastor at First Baptist Church of Minneapolis. In the fall of 2017, he became the Lead Campus Pastor at Friendship Church in Prior Lake. Matt is married to his high school sweetheart and they have two kids. Kenny White is a hot mess! He is amazed that God loves Him and basks in the fact that “God saved a wretch like me!” Kenny accepted the LORD as His savior just prior to turning 18 and has been swept away in the current of following Jesus (and he doesn’t plan on returning). Kenny married his college sweetheart, Cindy! They have 7 kids and love spending time together. You may find Kenny on one of His 30 Day Challenges (they range from studying a new language to learning a few chords on a guitar to eating a specific diet to using his non-dominant hand for everyday activities) or on a prayer walk. Though Kenny doesn’t take himself seriously, he loves Jesus and wants to make Him known!