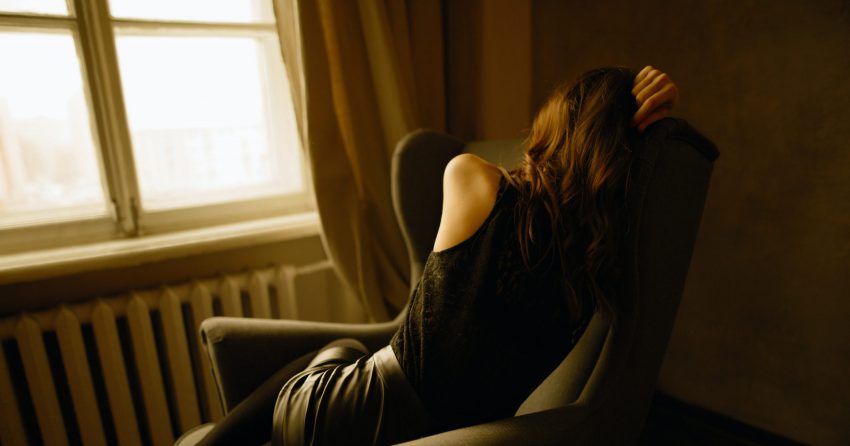 You’ve heard the saying, right?  Hurt people, hurt people?  I have heard this said, and said it myself, many times throughout my growing up years.  I’ve often said it to explain or justify someone’s hurtful actions towards another or myself.  In my mind I’ve always kind of seen it as a “free pass” for the person treating people poorly.  However, this statement took on a whole new depth of meaning for me a few months ago.

I was frustrated.  Very frustrated.  At what you might ask?  I didn’t know!  But none the less, that frustration, whatever it was about, was coming out towards my oh so patient husband!  At one point in our conversation Sam looked at me and said, “Amy, why are you so frustrated with me?”  I stopped dead in my tracks and after thirty seconds of searching my brain for the reason I said, a little sheepishly, “I’m not sure.”  I then burst into tears as the weight of hurt hit me with full force.  I was not in any way or for any reason, frustrated with Sam.  He had done nothing to wrong me in any way!  But I WAS feeling extreme hurt from the actions of a friend.  Actions that I hadn’t realized had hurt me so badly until I saw the outflow of them towards someone else.  As I reflected more on that realization throughout the day, it dawned on me that I was a “hurt people, hurting people.”  Because of the hurt I was feeling from a completely unrelated situation, I was hurting those around me.  Hurt that I didn’t even realize I was feeling so deeply.

What I realized is how easy it is to let my emotions and feelings, whether conscious or unconscious, affect how I treat those around me.  It’s easy to let the weight of the hurt I am feeling (or even unknowingly feeling) completely consume me.  But as believers, we are called to something greater.  We are called to live in a way that draws attention, not to us, but to Jesus.  My actions towards Sam that day were in no way pointing anyone to Jesus!  I believe that Jesus, among many other things, gives us the best example for us to follow regarding dealing with hurt, both from life situations and people.

Luke 23 is one of the places we see the story of Jesus’ crucifixion told.  Now, I don’t know about you, but I think the crucifixion was one of the most hurtful things anyone could have ever done to Jesus.  He was beaten, flogged, falsely accused, and hung on a cross where everyone mocked him.  Not only that, but his friends had abandoned him!  They denied even knowing him!  The amount of hurt Jesus must have felt during that time, both physically and emotionally, is unimaginable.  Both by people he knew and people he didn’t.  I like to believe that Jesus, in his infinite power, could have busted himself off of that cross to wipe out everyone who had wronged him!  In my mind it would have looked like something out of a Thor movie.  Lightening bolts, thunder, and wind all coming together in an epic show of power!  Jesus would swoop down off that cross, summon His army of angels, and annihilate all those involved in His betrayal, sentencing, and crucifixion!  (Now, I realize this holds no scriptural accuracy, but I have nothing else to compare it to!  So, a Thor movie it is!)  In all seriousness though, Jesus COULD HAVE done it.  Jesus was God after all!  However, He chose to lay aside His divine nature and only rely on His human strength.  I think that what we see in this instance is something that required even more strength than a lightening show would have.  In verse 34 of Luke 23 Jesus says, “Father, forgive them, for they know not what they are doing.”  Read that one more time.  “Father, forgive them, for they know not what they are doing.”  Forgive them?  They literally just hung Him on a cross!  Wrongly I might add.  However, amid them literally killing Him, Jesus CHOOSES to forgive them.

As followers of Jesus, we have been called to do the same.  Luke 6:29 says, “If someone slaps you on one cheek, turn to them the other also.”  Now, I don’t think this means we are to encourage people to harm us.  I don’t think that’s what Jesus has called us to do.  But I do believe that Jesus has called us to turn the other cheek when we are hurt.  And not only that, but to forgive them for what they’ve done.  Whether they’ve earned it or even asked for it.  We are called to forgive.  Not hurt them in return.

During hurtful situations, whether we have been hurt by someone or we are feeling hurt from life circumstances, we have a choice.  We can allow that hurt to create a cycle in our life.  A cycle of hurt people hurting people.  I am hurt so I hurt someone else, who hurts someone else, who hurts someone else, and so on and so on.  Who knows where the hurt ends!  I can let the hurt that I am feeling seep into my words and actions towards others.  OR I can choose to forgive.  I can choose to not let my hurt influence the way I respond to and treat people.  I can choose to be a “hurt people, forgiving people.”

This is something that continues to challenge me daily.  Every time I feel hurt by someone it causes me to slow down and evaluate my actions towards others.  It causes me to ask myself, is my hurt causing me to react in hurtful ways towards others?  Have I dealt with the hurt I am feeling so that I don’t in turn hurt others?  And have I even acknowledged or admitted the hurt that I am feeling?  The next time you feel hurt, I challenge you to ask yourself these questions.  To evaluate whether your hurt is causing you to hurt those around you or to follow the example that Jesus has given us to forgive those that have caused us hurt.

Amy Dahl grew up in Eden Prairie, and graduated from Crown College with a triple major in Child and Family Ministry, Youth and Social Ministry, and Biblical Studies. Amy is the Shakopee Campus Admin at Friendship Church. Amy has always had a passion and heart for people and loves serving alongside her husband Sam in the youth ministry. In her free time, she enjoys spending time with family and friends, gardening, taking walks, and crocheting.