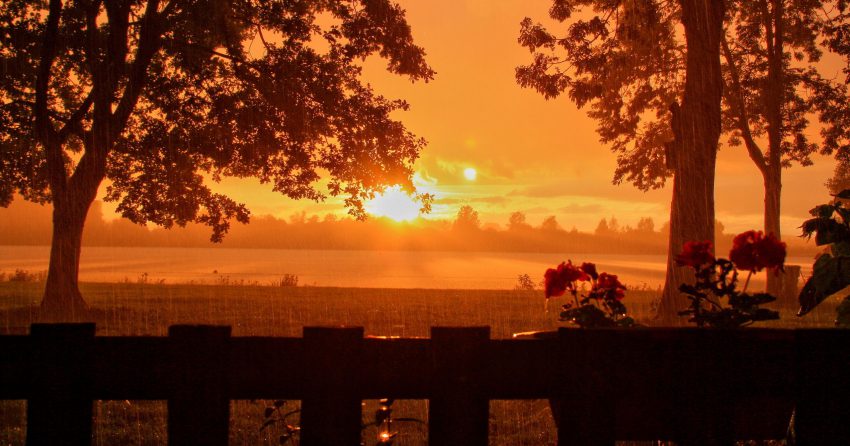 I was recently asked if I had any interest in performing a spoken word poem with a Christian metal band. The group is local and goes by the name “Intercessor” and shortly after completing and releasing their debut album they gained enough traction to start performing live shows. The lead singer does happen to be a close friend of mine, and so naturally, I was very grateful that he asked, and I was really looking forward to being in a gig with them. As excited as I was for a chance to write and perform something new, I experienced a lot of fear and anxiety around the thought of needing to “perform.” They had only given me a one-month notice so the pressure was on. I found myself easily and quickly getting caught up in “self,” and at one point I began to realize that I was beginning to completely miss the point. Every time I sat down to try and write something that I hoped and intended to be God-glorifying, the image of myself on a stage in front of others while feeling terrified, would pop up and crowd out the images I wanted to express and portray. Images of a loving Heavenly Father; a portrait of the person and work of Jesus; the everlasting truth of The Holy Spirit and His ability to transform hearts; a redeemed perspective and God-driven inspiration was the place where I desperately desired to create from, but I was clearly about to miss the mark. The harder I tried to simply “will” myself into a different mindset, the more anxious I became, and with only two weeks left before the show I had nothing written.

One evening, while sitting down and putting nothing on paper and wrestling with the same images of self, there came an abrupt interruption that shot through my thoughts almost as if the Lord were speaking out loud and directly to me: “because I live, you too shall live.” I knew the words were written in Scripture, but it was not a verse I had ever memorized. There was freedom attached to the words but I was eager to look up and know where they exist in scripture so with a quick Google search I was pointed to John 14:19. “Yet a little while and the world will see me no more, but you will see me. Because I live, you also will live.”

My own will had a very little power in shifting my gaze. When we are stuck in our own image and relying on self for what we know only the Lord can do, it’s an understatement to say that we’re at a loss. I would say that I personally became outright powerless. And the more I fixated on my lack of being able to see God for who He is, the more inward focused I became, and my inability became a source of real pain. After reading, and then re-reading, and then re-reading again, the images I had of “self” began to dim, and the freedom of Jesus’ words in John 14 offered an out-pouring of newer less self-driven images. Images of peace, and ultimately, the perfection of Christ as a true source of life.

A week before the show, I ended up catching Covid and never was able to perform with my friend and his band or share a poem with their audience. I felt sad to miss out on the opportunity but was immensely grateful for how the Lord still provided an experience that drew me closer to Him. Below is the poem that followed.

You see the truth and hear the word, “Because I live you too shall live.”

Rise from this den,

in My Name lose this dread

Bared by what you’re not,

and scorned for who you are.

and hand them over one by one.

I’ll sing His glory at my loudest, I won’t fear the pain to come,

I’m tucked safely in His presence, where I rest, and here I wish to stay,

Because tomorrow has its troubles, what they are, is not for me to know or say.

So I focus on being steeped within the knowledge and the wisdom that He offers us today.

Sometimes it’s one foot forward before a stumble sends us hurling three more back, but I’m learning through these failures that The Lord is keen to all I lack.

And He bids me to press onward in the face of loss, in the pain of searing doubt, to look upon the questions of tomorrow with the confidence of hope, truth, and love,

knowing that His Son has had all forms of temptation thrown and strewn His way,

never did He falter, slip, or alter,

what He offers us in turn for sinning, His response to our often harmful choices, is a humbly perfected perfect faith.

I sit still, drawing closer, peace I know in Him resides,

I feel the grip of darkness loosen, suddenly the yoke looks half its size.

He tells me stand,

When like a child I’ve been crying out for an embrace,

Mike Kelly is the full-time technical director for Friendship Church. Prior to accepting his role at Friendship he worked as a part-time audio technician at Hope Community Church, in downtown Minneapolis. Mike graduated from the Institute of Production & Recording (IPR) in 2015, with an associate’s degree in audio engineering and production. When he is not behind a sound board working with different artists on a technical front, he spends time writing and performing spoken word poetry for live audiences as well as creating content for his YouTube channel (A Poem By Mike K.) where he posts different videos/recordings of his poems.