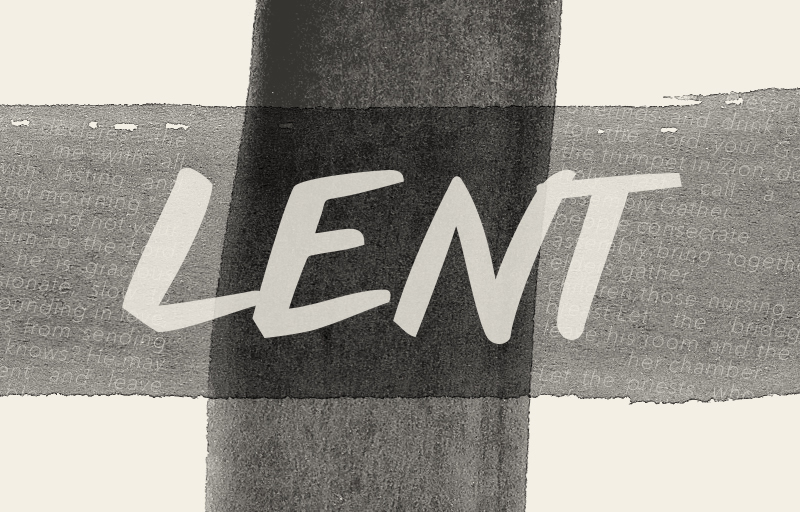 Hello Friends. I am excited to introduce our first ever Friendship Church Blog. It is the first of many. We will be posting a new blog every week with different topics related to God, the church, daily life and growing in our faith. We trust that these writings will be helpful to you knowing more about Jesus and His Word.

In this blog I would like to share a little bit about the practice of Lent. Over the last couple of weeks, I have had several people ask me why Friendship Church doesn’t observe Lent. Some of us may not even know what Lent is. I remember being totally confused on the one Wednesday per year when my friends would show up at school with ash on their foreheads. We hear a lot about Lent this time of year so let’s look at this practice a little more closely.

What is Lent and when did it start?

The practice of Lent as we know it began within the Catholic Church in the late 6th century under Pope Gregory the Great. He proclaimed that the 40 days before Easter, starting with Ash Wednesday, would be set aside for the increased practice of prayer, fasting and giving to the poor. As the years passed, this original decree for greater prayer, fasting and giving to the poor was overshadowed by specific rules like fasting on Ash Wednesday and Good Friday, and abstaining from eating meat on Fridays during Lent.

In the 16th and 17 century, during the Reformation, many church leaders broke away from the Catholic Church and began to put practices in place for their congregations. There were two schools of thought that governed their decisions related to bringing Catholic practices and traditions into their churches. Some of the Reformers, like Martin Luther, believed that their new churches should hang on to as many Catholic traditions as possible and only expunge those practices that directly contradicted Scripture. Since the practice of Lent didn’t directly contradict Scriptural commands, Luther and other like-minded Reformers continued the practice in their churches. Lutheran, Anglican and Orthodox churches continue the practice of Lent to this day. These Protestant churches have different ways of observing Lent than Catholic churches, but it is a part of their annual church calendar.

At the same time, another group of Reformers like John Calvin and Ulrich Zwingli were establishing practices for their own churches that had broken away from the Catholic Church. They adopted a different view than Luther held on how to handle Catholic traditions and practices. While Luther upheld any Catholic tradition and practice that didn’t directly contradict Scripture, Calvin and Zwingli thought it best to throw out all Catholic traditions and practices except what was directly taught in the Scripture. Because Lent didn’t appear in the Scripture, Calvin, Zwingli and other like-minded Reformers didn’t practice it within their churches. Friendship Church, and Protestant denominations like Baptist, Evangelical Free and Assemblies of God churches, draw their lineage back to this set of Reformers that refused to bring any traditions and regulations into their practice unless they saw them directly in Scripture. Thus, no Lent.

Could we observe Lent at Friendship?

While we won’t practice Lent for the sake of ritual tradition, we may someday choose to practice a time of prayer and fasting together as a church for the purpose of drawing closer to God as we approach the Easter season. The practices of prayer, fasting and giving can be very helpful to our growth if they are done for the right reasons (Matthew 6) and practicing these things together as a church family is healthy for the unity of God’s people.

If you choose to individually practice a time of prayer, fasting and giving leading up to Easter, make sure you are doing it for the right reasons. We don’t pray, fast and give to be seen by others, and we don’t do it to earn favor with God. Lenten practice isn’t a second chance to accomplish your New Year’s resolution that went by the wayside in mid-January. If you are going to dedicate a special period of time to prayer, fasting and extra giving, make sure you are doing it to honor God and grow closer to Him.  If exalting God and drawing closer to Him is your motive, then these practices will be exciting and life-giving for you!

Matt Clausen grew up in St. Cloud and graduated from Yale University, where he earned a degree in history. He received his Master of Divinity and Doctorate of Ministry degrees from Bethel Seminary. For 17 years, Matt served as pastor at First Baptist Church of Minneapolis. In the fall of 2017, he became the Lead Campus Pastor at Friendship Church in Prior Lake. Matt is married to his high school sweetheart and they have two kids.