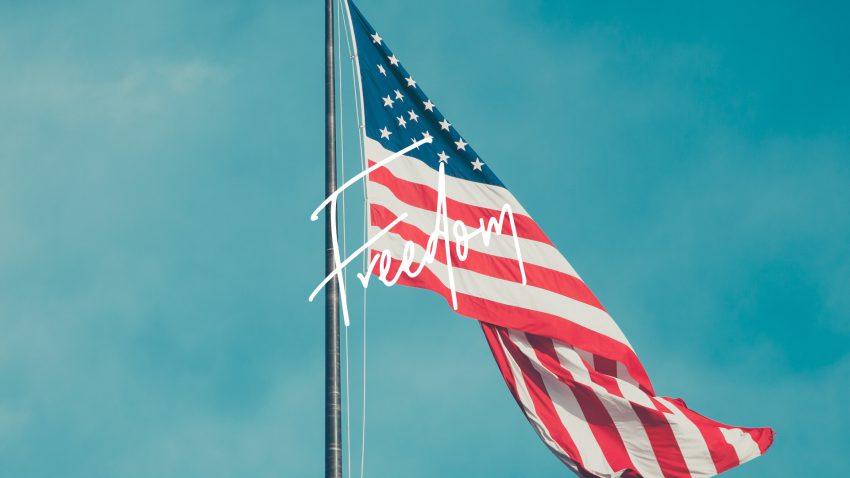 Is that the first thought that comes to your mind when you think of the Fourth of July?  Or do you think of a day off, fun with family, grilling or travel? There is great significance in The Fourth of July – it’s about independence from the British Crown, or in other words, freedom.

On July 4, 1776, the 13 colonies claimed their independence from England, an event which eventually led to the formation of the United States.

Conflict between the colonies and England was already a year old when the colonies convened a Continental Congress in Philadelphia in the summer of 1776. In a June 7 session in the Pennsylvania State House (later Independence Hall), Richard Henry Lee of Virginia presented a resolution with the famous words: “Resolved: That these United Colonies are, and of right ought to be, free and independent States, that they are absolved from all allegiance to the British Crown, and that all political connection between them and the State of Great Britain is, and ought to be, totally dissolved.”

Lee’s words were the impetus for the drafting of a formal Declaration of Independence, although the resolution was not followed up on immediately. On June 11, consideration of the resolution was postponed by a vote of seven colonies to five, with New York abstaining. However, a Committee of Five was appointed to draft a statement presenting to the world the colonies’ case for independence.

Members of the Committee included John Adams of Massachusetts; Roger Sherman of Connecticut; Benjamin Franklin of Pennsylvania; Robert R. Livingston of New York; and Thomas Jefferson of Virginia. The task of drafting the actual document fell on Jefferson.

On July 1, 1776, the Continental Congress reconvened, and on the following day, the Lee Resolution for independence was adopted by 12 of the 13 colonies, New York not voting.

Discussions of Jefferson’s Declaration of Independence resulted in some minor changes, but the spirit of the document was unchanged. The process of revision continued through all of July 3 and into the late afternoon of July 4, when the Declaration was officially adopted. Of the 13 colonies, nine voted in favor of the Declaration, two — Pennsylvania and South Carolina — voted No, Delaware was undecided and New York abstained.

John Hancock, President of the Continental Congress, signed the Declaration of Independence. It is said that John Hancock signed his name “with a great flourish” so England’s “King George can read that without spectacles!”

But why would our forefathers want to be free from the Crown?  England had tons of resources to start up the new land, it had policies and procedures, a State Church, infrastructure and so much more.  Why reject all that and choose to forge a new country that was independent?  Also, you can see that not every colony was in agreement.  So what drove them?  In a word, freedom.

As a pastor and military member, I do a lot of reflection on what my fellow servicemembers have sacrificed for our freedom.  Have you considered that true freedom costs blood?  Someone died to give you the privilege to speak your mind without penalties, to possess your own faith in God instead of a mandatory allegiance to a State Church, the right to bear arms, and many other freedoms that are unique, in comparison to many countries of the world.

Imagine living in a country where you couldn’t hold to your faith convictions?  Imagine not having racial equality.  Imagine not being able to travel freely, get loans for your life goals, pay low taxes, say and write what you think; all without the government monitoring you.  Welcome to the Unites States of America!

This year, as you celebrate the Fourth of July, consider observing it with appreciation for all the privileges we have in comparison to the other countries of the world…to observe it with gratitude.

Pastor Mike Golay is the Director of Operations of Behold Israel. Before this, Mike was the Lead Pastor of Friendship Church in Shakopee, Minnesota, for 17 years. Additionally, he serves as a Chaplain in the United States Air Force Reserve. Contact Pastor Mike at https://beholdisrael.org/contact/