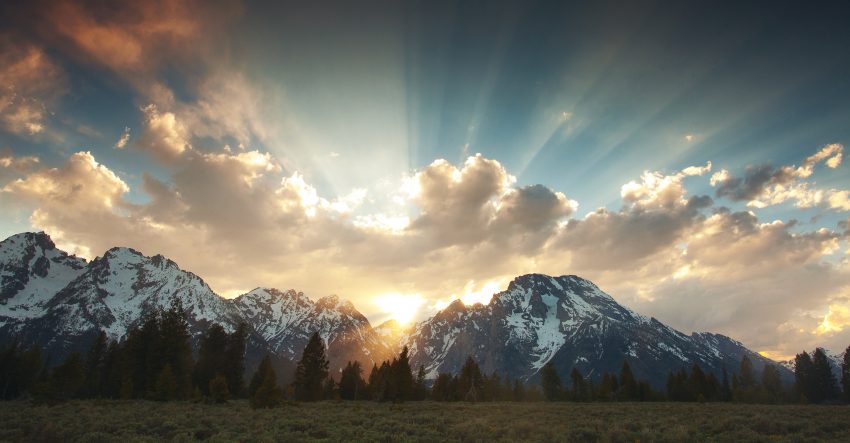 When I was a kid, I grew up in a church that frequently spoke about prophecy. We had prophecy weekends, special prophecy speakers and prophecy studies.  The teaching and studies about prophecy always related to the events around the second coming of Jesus and almost always included charts, graphs, specific fulfillment dates and predictions related to obscure images in the book of Revelation. From my experience as a kid, I thought the primary purpose of prophecy was to bring division in the church. Church members argued with the pastor about dates of fulfillment or the meaning of different symbols in prophetic books. Pastors argued with other pastors about whose graphs and charts were the most accurate and whether we should associate with people whose timelines don’t match our own.

It wasn’t until I was an adult reading the New Testament for myself that I realized that God had a more exciting purpose for prophecy than people arguing about dates and charts. I’m not saying that we shouldn’t have opinions about dates and charts but perhaps God has a greater and more unifying plan for the prophecies He has given to us about the return of His Son. In this blog I want to share a couple of ways that prophecy is meant to work in the heart and mind of every believer to help us grow in our relationship with God.

First, God has given us prophecy about Jesus’ second coming to give us hope and encouragement.

1 Thessalonians 4 is a famous prophetic passage about Jesus coming again that states clearly the reason prophetic information like this has been shared with us.

1 Thessalonians 4:13-18 – But we do not want you to be uninformed, brothers, about those who are asleep, that you may not grieve as others do who have no hope.14 For since we believe that Jesus died and rose again, even so, through Jesus, God will bring with Him those who have fallen asleep. 15 For this we declare to you by a word from the Lord, that we who are alive, who are left until the coming of the Lord, will not precede those who have fallen asleep. 16 For the Lord himself will descend from heaven with a cry of command, with the voice of an archangel, and with the sound of the trumpet of God. And the dead in Christ will rise first. 17 Then we who are alive, who are left, will be caught up together with them in the clouds to meet the Lord in the air, and so we will always be with the Lord.18 Therefore encourage one another with these words.

Why has information about Jesus return been given to the church?  It isn’t so that we can argue about dates or get lost in the details. We have been given assurance of Jesus’ return because it produces hope in the future that the world does not have. God intends for us to use this hope in our future to be a constant encouragement to our fellow believers as we struggle through the trials of this world.

Life on this earth is hard. All of us deal with difficult circumstances and pain. Our soul knows that we are broken, and this world is broken, and it longs for something better. Our hope, as believers, is not that Jesus is going to make all of the pain and heartache go away in this life but that He is coming back and will bring us with Him to something that is far better.

Without the hope and encouragement of Jesus’ promised return, life on this planet is brief and meaningless. Famous author and playwright George Bernard Shaw wrote the following about his own life as he approached the end. “The science to which I pinned my faith is bankrupt. Its counsels, which should have established the millennium, led, instead, directly to the suicide of Europe. I believed them once. In their name I helped to destroy the faith of millions of worshippers in the temples of a thousand creeds. And now they look at me and witness the great tragedy of an atheist who has lost his faith in atheism.” (Shaw – Too Good to Be True, 1932) Shaw, like so many without faith in Jesus, looked at his life and said, “What is the point?” He could only look back at his life and experience regret because he did not believe there was any future to look forward to beyond this life.

As followers of Jesus we have ultimate hope and encouragement that comes from the future we have with our Savior when He returns and calls people to His side. This life is hard and full of pain. We all long for something more and something better. The only promise that something better is on the way is that Jesus is alive and is coming back and is calling us to live forever with Him.

If prophecy isn’t producing greater hope and encouragement in our future, then we are using it wrong. God has given us these promises about Jesus’ return so that we will live with ultimate hope amid a deeply broken world.

A second reason that God has given us prophecy about Jesus return is to encourage holy living among His children.

2 Peter 3 addresses the end of our world as we know it. God’s plan includes a new heaven and a new earth and so this earth and all that is a part of it will pass away. How is this information about judgement, destruction and Jesus return meant to impact us?

2 Peter 3:11-13 – Since all these things are thus to be dissolved, what sort of people ought you to be in lives of holiness and godliness, 12 waiting for and hastening the coming of the day of God, because of which the heavens will be set on fire and dissolved, and the heavenly bodies will melt as they burn! 13 But according to His promise we are waiting for new heavens and a new earth in which righteousness dwells.

We have been given information about judgement, the end of this world, and Jesus’ return and that information is meant to inspire greater holiness and godliness in our lives. I will need to give an account to my perfectly holy and loving Maker about how I used the life and gifts He has given to me, and the fact that I will stand before Him face to face to give that account inspires me to use this life in love and purity.

2 Peter 3 says that we are looking forward to a new earth in which righteousness dwells. As we look forward to that new, perfectly righteous, existence it motivates us to live in godliness right now as we prepare for our eternal future. As 1 John 3:2-3 puts it, “Beloved, we are God’s children now, and what we will be has not yet appeared; but we know that when He appears we shall be like Him, because we shall see Him as He is. 3And everyone who thus hopes in Him purifies himself as He is pure.” Prophetic passages like this one promise us that we are going to be made totally and completely like Jesus in our character when we see Him. If this is truly our hope for our future than we get busy purifying ourselves now. Prophecy about the future encourages our current righteousness.

If we are spending time studying prophecy and the primary focus is the superiority of certain dates, charts and graphs to others then we are missing God’s big picture for giving us this information about Jesus’ second coming and the events that surround it. A proper study of prophecy should always produce (1) hope and encouragement and (2) greater holiness in our lives.

I hope you will join us on Sunday, September 22 as Amir Tsarfati comes to grow our hope and encourage our hearts by sharing with us about prophecy related to Jesus’ return and the events that surround it. You can hear Amir in Shakopee and in Prior Lake that day at 9:00 and 10:45am.